American Sign was established in New Haven, CT in 1934 and was purchased and Incorporated in 1979 by the Lafo Family. Under the leadership of David & Pat Lafo, American Sign, Inc. quickly grew from a small one man, local sign shop into one of the largest sign manufacturers in Connecticut. Through the 1980’s and beyond the company quickly developed a reputation for not only manufacturing the highest quality signage but also for standing behind their products and always meeting or exceeding deadlines and client expectations. In 1991, Tony Lafo joined the family business and helped it continue to grow. By the Mid 1990’s American Sign, Inc. was completing projects from Coast to Coast. In 2010 Tony Lafo took over as President and CEO upon the retirement of David and Pat. American Sign, Inc. has continued to stay on top of the industry with the most current equipment and products and looks forward to continuing to do what they have been doing best for over 86 years.

Signage That Stands Out

A sign might be the first thing a customer sees about your business. Start with a good impression by having it built the American way.

American Sign did a wonderful job creating all the signage for around our building. Looks fantastic and has stood up to being touched by clients many times a day.

(American Sign) came out and took a look at our project and got us a quote within 24 hours. A couple of their competitors took weeks! We already had the sign made and American had installed it by the time the other quotes came in. Highly recommend.

I saw a sign American Sign had previously installed and asked the owner where they got it. They did ours and it came out great! Will use them again if we need anything else! 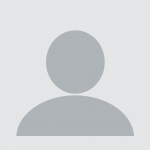